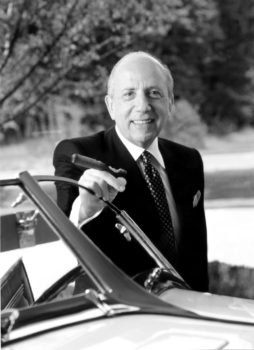 In order to have an impact on Holocaust education on a national scale, the JFR established the Holocaust Centers of Excellence Program in the spring of 2000. Through the program, the JFR has formed partnerships with selected Holocaust centers across the country, and in so doing, has invested in the disparate communities in which the centers are located. Currently there are thirteen participating centers. The Holocaust Centers of Excellence Program is a partnership between the JFR and the participating Holocaust center. In agreeing to participate in the program, each center receives two initial scholarships for the Summer Institute for Teachers and commits to nominating two educators each year thereafter. Additionally, each center agrees to sponsor Holocaust teacher education programs that draw on JFR materials and training models. The centers make a commitment to teach the Holocaust in as comprehensive a manner as possible and to include the subject of rescue. Teachers who attend JFR programs – known as Alfred Lerner Fellows – form a cadre of educators for each local center as well as for the JFR.

For JFR Holocaust Centers of Excellence staff, please click here to access information, including application materials, for the JFR’s traveling exhibit Whoever Saves a Single Life…Rescuers of Jews During the Holocaust.