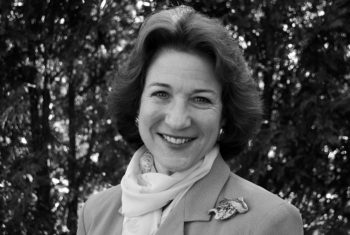 An internationally renowned social historian of the Holocaust, her classic Children With a Star gave voice to the silenced Jewish youngsters caught in the net of Nazism.   Children With a Star has been translated into many languages and was the subject of a documentary by the CBC.  Auschwitz, co-authored with Robert Jan van Pelt, received the National Jewish Book Award in 1996, the Spiro Kostoff Award for 1997, and was voted Best Book by the German Book Critics in November 1998.  It was the basis for the Emmy-nominated BBC documentary, “Auschwitz: The Blueprints of Genocide.” Her most recent book, also co-authored with van Pelt,Holocaust: A History (2002), spans the long and broad history in which the Holocaust was rooted, from the middle ages to the middle of the twentieth century, and across the continent of Europe.  Holocaust headed the Publisher’s Weekly list of Non-Fiction Best Books in 2002, and has since been translated into several languages.

Debórah Dwork has been, inter alia, a Guggenheim Fellow, a Fellow at the Woodrow Wilson International Center for Scholars, and a Fellow of the American Council of Learned Societies.  Debórah Dwork received a B.A. in History from Princeton University and received her Ph.D. from University College in London.