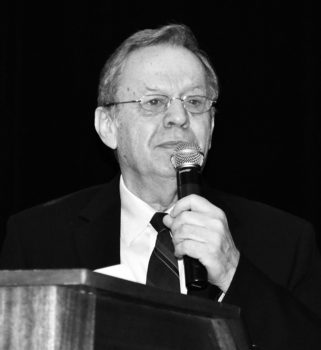 Dr. Mordecai Paldiel, the former Director of the Department of the Righteous at Yad Vashem, Israel’s Holocaust authority, is a lecturer at Yeshiva College (at Yeshiva University) and Queens College (CUNY) in New York.  Born in Belgium, Dr. Paldiel and his family of six fled to France where they were rescued by a Catholic Priest who was able to smuggle the entire family into Switzerland.

Dr. Paldiel, a leading authority on rescue during the Holocaust, has written several books including The Path of the Righteous: Gentile Rescuers of Jews during the Holocaust, Whosoever Saves One Life: The Uniqueness of the Righteous Among the Nations, Sheltering the Jews: Stories of Holocaust Rescuers and German Rescuers of Jews: Individuals versus the System.  In 1991, Dr. Paldiel was the Ida E. King Distinguished Visiting Scholar of Holocaust Studies at the Richard Stockton College of New Jersey.  He received a B.A. from Hebrew University and an M.A. and Ph.D. in Religion and Holocaust Studies from Temple University.

Dr. Paldiel speaks about the Righteous Among the Nations and the significance of documenting the rescue of Jews by non-Jews during the Holocaust.  He also speaks on the importance of honoring these rescuers as role models for outstanding human behavior.

Dr. Paldiel lives in New Jersey and is available to speak on rescue and rescuers.