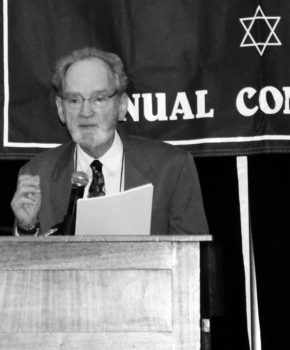 Prior to his retirement, Patrick Henry was the Cushing Eells Professor of Philosophy and Literature at Whitman College in Walla Walla, Washington, where he had been a professor of French since 1976.  He has a B.A. in French from St. John’s University and obtained his M.A. and Ph.D., also in French, from Rice University.

Dr. Henry has published five books (on Voltaire, Camus, Montaigne, and Madame de Lafayette) and over 100 articles and reviews in the field of French literature.  He also served as a Fulbright Lecturer at the University of Strasbourg.  Now officially retired, he continues to teach courses on “The Literature of Peace” and “The Literature and Film of the Holocaust in France.”  He has just completed a book on the rescuers of Jews in France in the area of Le Chambon-sur-Lignon.

Dr. Henry lectures on the rescuers of Jews in France and why we must teach them and Madeleine Dreyfus: Righteous Jew.  He lives in Walla Walla, Washington.

Rescuers of Jews in France and Why We Must Teach Them
Madeleine Dreyfus: Righteous Jew