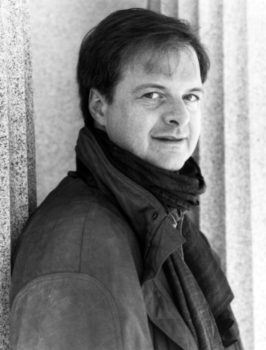 Dr. Robert Jan van Pelt is one of the world’s leading experts on Auschwitz.  He co-authored the award winning book, Auschwitz 1270 to the Present, with Dr. Debórah Dwork, and initiated and chaired the workgroup that created the master plan for the future of the Auschwitz museum. He appeared in Errol Morris’s recent movie, Mr. Death: The Rise and Fall of Fred A. Leuchter Jr. and the PBS documentary, Nazi Designers of Death.

Dr. Van Pelt was one of the four internationally renowned historians who served as expert witnesses for the defense in the Irving-Lipstadt trial.  Van Pelt received his Ph.D from the University of Leyden, The Netherlands.  His original work is in the history of ideas and architectural history.  His interest in the biographies of the architects of Auschwitz led him to study the history of the camp, which, in turn, brought him in touch with Holocaust denial.  He is the author of seven books (two of which he co-authored with Dr. Debórah Dwork), has contributed chapters to an additional twenty books, and has published more than thirty articles.  He is the recipient of various honors, including a Guggenheim Fellowship.  Dr. van Pelt holds the rank of University Professor and teaches at the School of Architecture of the University of Waterloo in Canada.

He speaks regularly on topics concerning the Holocaust in general, the history of Auschwitz and the possible future of that site, and Holocaust denial. He lives in Toronto.