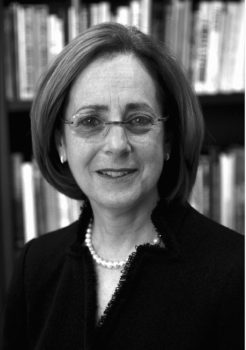 Stanlee J. Stahl is currently the Executive Vice President of The Jewish Foundation for the Righteous.  The Foundation, which seeks to fulfill the traditional Jewish commitment to hakarat hatov, the searching out and recognition of goodness, has two goals.  The first is to repay a debt of gratitude on behalf of the Jewish community to those non-Jews who risked their lives to save Jews during the Holocaust.  Currently, the Foundation provides monthly financial assistance to aged and needy Righteous Gentiles in 20 countries.  The Foundation’s second goal is to preserve the legacy of the rescuers through its national Holocaust education program. Before joining the Foundation as its Executive Vice President, Ms. Stahl established Extra Helping, New Jersey’s first prepared food transfer program.  Extra Helping picked-up left over food from corporate dining halls, caterers, and schools, and delivered it to programs that fed New Jersey’s hungry.  As part of Extra Helping, she opened a kosher component, the only one in the United States.  Ms. Stahl spent 20 years working for the United States Department of Health and Human Services.  She has consulted to non-profits, speaks on fund raising and proposal writing, and teaches a grant writing course.  Ms. Stahl also lived in Israel, where she worked for Magen David Adom, Israel’s Red Cross Society.  She attended Miami University in Ohio and has graduate degrees from George Washington University and New York University. Ms. Stahl speaks on rescue during the Holocaust.  She lives in West Orange, New Jersey.

Rescue During the Holocaust
How to Teach Rescue in the Classroom