The Jewish Foundation for the Righteous (JFR) was one of the co-sponsors of a major teacher seminar held at POLIN, the Museum of the History of Polish Jews, October 8 and 9, 2017, in Warsaw, Poland. The program, organized by the education department of POLIN, attracted some 300 teachers from across Poland. The focus of the seminar was teaching the Holocaust.

The JFR brought Professor Emeritus Peter Hayes, from Northwestern University, to give the keynote lecture on Monday, October 9, 2017. Professor Hayes presented on “New Answers to Old Questions about the Holocaust”. 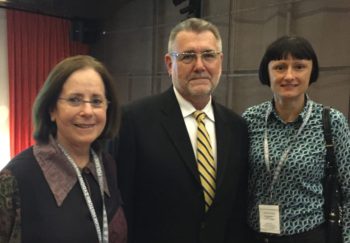 A number of Alfred Lerner Fellows from Poland attended the program. It was great to reconnect! 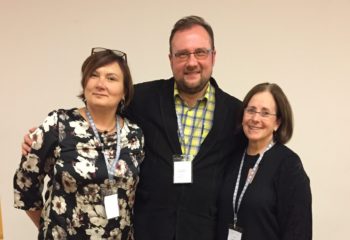 As we give thanks this year, let us remember to thank and take care of the men and women who risked their lives to save Jews during the Holocaust – non-Jews who refused to be passive in the face of the evil they witnessed. Now elderly and in financial need, help us to make their Christmas holiday a little brighter. Each December the JFR raises funds to send a special award to our rescuers for the purchase of food at Christmas. Our goal this year is $25,000 – help us reach this goal. Please consider making a gift. Click here to donate now.

One of the posters included in the Spanish version of the Poster Set.

The JFR Poster Set on Rescue: Traits that Transcend will be available in Spanish in early 2018.  The Poster Set, in English, is available and can be purchased through the JFR website.  Click here.

Shop on AmazonSmile and Support the JFR