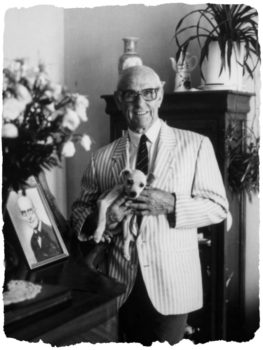 Marseilles, France… 1941 – Dr. Ivan Beltrami, a dentist, began defending Jews with the advent of the Vichy government and joined the resistance in September 1942.  He was in charge of transmitting messages between resistance centers.

As a dentist, he was able to hide Jews in the hospital.  Ivan also hid Jews in his home and spent many hours warning Jews about raids and roundups.  He rescued Jews from a nearby deportation camp.  These rescue efforts continued until the Germans occupied the “free” zone; the internees were then deported.

Ivan’s brother, who was also in the resistance, was captured, tortured, and sent to Buchenwald.  Following his brother’s capture, Ivan became commander of an underground group primarily comprised of Spaniards.  They were assigned to kill Nazi collaborators and members of the Gestapo.

He was always a strong supporter of the State of Israel and was there at least seven times.  During the Six Day war he offered to serve as paratrooper in the Israel Defense Forces; during the Yom Kippur War, he went to Israel to replace physicians who had been called to duty.