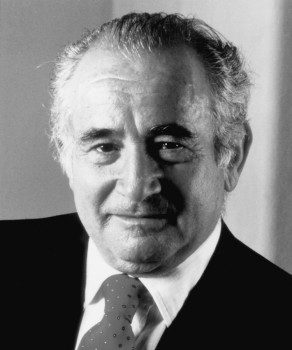 Roman Kent was born in Lodz, Poland. Roman spent the war years in the Lodz ghetto and in the Auschwitz, Mertzbachtal, Dornau, and Flossenburg concentration camps. He arrived in the United States in 1946 under the auspices of the children’s quota established in the Displaced Person’s Act. After attending Emory University, Mr. Kent established a successful international trade company that specialized in textiles and dinnerware.

As a Holocaust survivor, Roman is dedicated and committed to the continuity of the Jewish people, the survival of Israel, and to passing on the lessons to be learned from the Holocaust. Amongst the many institutions and projects he supports, humanitarian and educational activities are closest to his heart. He aids and honors impoverished rescuers, and is an outspoken negotiator on behalf of needy Jewish survivors. In addition to serving as the President of The Jewish Foundation for the Righteous and Chair of its Allocations Committee, Roman is Treasurer of the Conference on Jewish Material Claims Against Germany (Claims Conference), Chairman of the American Gathering of Jewish Holocaust Survivors, and President of the International Auschwitz Committee.

His sponsorship of the Holocaust Jewish Resistance Teachers’ Program looks to the future, ensuring the teaching of the Shoah for generations to come. His documentary film, Children in the Holocaust, won the New York International Film Festival Award. He has written two books, My Dog Lala, and his autobiography, Courage Was My Only Option.

Roman has been married to his wife, Hannah, for 58 years. They have two children, Susan and Jeffrey, and three grandchildren, Dara, Eryn and Sean.