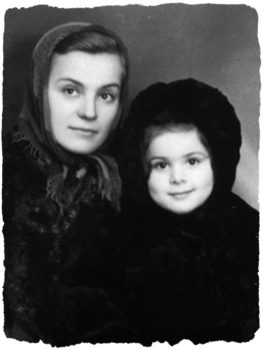 Radom, Poland… 1941 – Ilana was two years old when her mother and her mother’s family disappeared into the Radom ghetto. Ilana and her father were able to get to the home of Marianna Kopyt, a friend of the family. Marianna took them in and raised Ilana as if she was her own daughter. Ilana’s father was hidden under the floorboards in the one-bedroom house.

They lived in constant fear of being discovered by the Germans or being denounced by Marianna’s family or neighbors. The Gestapo came several times asking Marianna questions.

Marianna was single and had very little money. In order to provide for the three of them, she would go into restricted areas to trade her belongings for food. Ilana and her father stayed with Marianna for the entire war. Ilana continued to live with Marianna until 1950 when Ilana left for Israel with her father.

Marianna Kopyt passed away in July 2015.