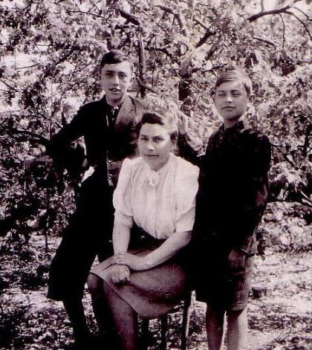 Debica, Poland… 1942 – Aleksander Mikolajkow, a physician, his wife, Leokadia, a hygienist, and their two sons, Andrzej and Leszek, lived in Debica, Poland. At the outbreak of World War II, approximately thirty percent of Debica was Jewish. The Germans occupied Debica on September 8, 1939, and immediately began to terrorize the Jews.  When the Germans began to persecute the Jews of Debica, Aleksander decided that he and his family had to help their fellow Jews in any way possible. After the war broke out, Aleksander hired Efraim Reich, a young Jewish man, to work in the clinic. The Mikolajkow family became friends with the Reich family.

Leokadia died years ago. Andrzej and Leszek are in their 80s and both live in Warsaw, Poland.