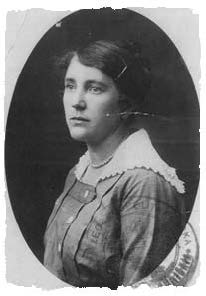 Wola Duza, Poland – Summer 1942 – Danuta Mikulska lived with her parents, Jan and Melania, and her brother and sister, Jerzy and Jadwiga, in a forester’s lodge in a small village outside of Bilgoraj.  During the summer of 1942, the family began hiding Lila Stern and Rivka Wajnberg, two young, Jewish girls, who had fled from an Aktion in Bilgoraj.  The girls approached Jan and Melania and asked for shelter.  They said yes, knowing the penalty if they were caught hiding Jews, they and their children would be killed.

At the end of 1942, while working the forest, Jan Mikulski came across brothers Bencjon and Chaim Rozenbaum, past acquaintances from before the war, and their friend Pola Kenig.  Jan helped them find a place to hide in the forest, and from time to time brought them to his home to sleep and wash.  With the arrival of winter, it became too cold to survive in the forest.  Jan moved the three Jews to his home.  He built a special hiding place in one of the farm buildings for the five Jews the family was now hiding.  The Mikulski family treated the Jews with warmth and kindness, taking care of them, and doing whatever they could to make their stay in the cramped hiding place as pleasant as possible.

The Mikulski family lived in constant fear that the hiding place and the Jews would be discovered.  This reached a climax when a group of German soldiers stayed in their home for eight days.  During this period, the Mikulski family was so concerned that the Jews would be discovered, Jan gave them poison pills should they be found by the Germans.  Fortunately, the Germans left without finding the hiding place and the Jews.  The five Jews remained in hiding at the Mikulski home for more than a year, after which they joined the partisans.  The area was liberated on July 24, 1944, by the Soviet army.

Chaim Rozenbaum was killed fighting in the Polish army.  His brother, Bencjon, immigrated to Israel together with Pola Kenig.  Lila and Rivka immigrated to the United States.

Jan, Melania, Jerzy, and Jadwiga died years ago.  Danuta is in her 90s and lives in Fort Wayne, Indiana.