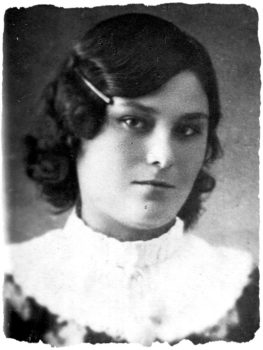 Odessa, Ukraine… 1942 – Maria Stashchuk lived in Odessa, which was occupied on October 16, 1941, by the Germans and the Romanians. Later that year, Olga Krasnyanskaya and her sister, Polina, rented an apartment opposite Maria. They soon became close friends and the sisters revealed to her that they were Jewish.

In early 1942, Polina gave birth to a son.  Maria helped Polina and Olga take care of the baby. In order to support themselves, the sisters had to go to the local market to trade goods. In March 1942, an acquaintance of Polina’s recognized her and reported her to the police. The sisters turned to Maria and asked for help. Maria immediately rented an apartment for them in another neighborhood. A few days later, Maria moved in with Olga, Polina, and the baby. For months, the Jews never left their apartment. Maria took care of all their needs.

The sisters were denounced again.  But Maria bribed the Romanian police and they were left alone.  The sisters decided to rent a flat on their own so as not to further endanger Maria.  A week later, when Olga was on her way to visit Maria, a concierge stopped her and took her to the police station. Within a few hours, Olga, Polina, and her young son were imprisoned. They were released in March 1944.  During this time, Maria regularly brought them food.

On April 3, 1944, the retreating German army re-entered Odessa and the same concierge that had reported the sisters to the police again informed on them, this time to the Gestapo.  Olga, Polina, and the baby were executed a few days before the Soviet army liberated Odessa in April 1944. After the war, Maria testified against the concierge in court.