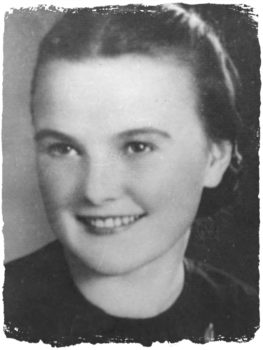 Czestochowa, Poland… 1942 – Helena  and her brother, Stefan, were members of the Polish underground. They were determined to fight the Germans every way they could. Their two-room home, where they lived with their mother, Agnieszka, served as a repository for weapons and a radio. Halina and Stefan made a hiding place where they hid four Jews behind a wall. This is where the Jews lived for three years, not venturing out for fear of discovery.

One day Helena and Stefan were denounced. Although they were arrested and beaten, they did not betray the Jews. The underground was eventually able to obtain the release of Helena and Stefan, and they returned to their home. Helena and her family hid the four Jews until liberation in 1945, more than three very long years.