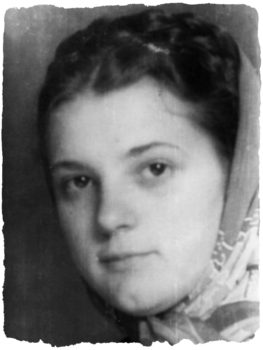 Kiev, Ukraine… September 1941 – On September 29, 1941, Raisa Dashkevich clawed her way out of the mass grave at Babi Yar. That day she lost her entire family, including her three-year-old son. Raisa wandered from house to house looking for shelter before she decided to go to the home of her friend Ludmila Bondarenko. Ludmila’s family consisted of eight people, including her fifteen-year-old daughter, Natalia. The family welcomed Raisa, gave her shelter, and shared their meager food with her. During the raids they would hide in the cellar and at one point were forced to flee to another village. Raisa hid with the family until Kiev was liberated on November 6, 1943. Natalia became one of Raisa’s closest friends.

As Raisa wrote, “I still don’t understand how I managed to remain alive when I escaped from the grave. There is only one answer to this question, the people – their help, kindness, and compassion.”

Natalia Bondarenko passed away in February 2002.