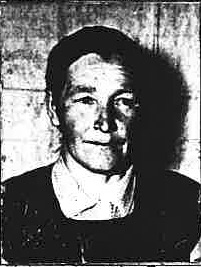 Ostrow Nadrybski, Poland… 1943 – Herszek Zylbersztajn and his family was forced to move from their home in the village of Ostrow Nadrybski to the Leczna ghetto.  From there Herszek was sent to the Trawniki Camp. Herszek and his brother-in-law, Izaak Rozengarten, had a chance encounter with Feliks Choma, a friend from before the war, through the wire fence of the camp.  Feliks told the two men to “flee” as they were going to be killed.

Herszek and Izaak managed to escape.  The men returned to Leczna seeking shelter from people they knew in the town.  However, no one would give them shelter or help of any kind.  They then went to Ostrow Nadrybski and came upon Weronika Choma, Feliks’s wife, and asked her for help.

Weronika convinced her husband to let the two men hide in the attic of their barn. At the time, Feliks was the village elder and, though the Germans would never come to his house, the Chomas were wary of their neighbors and were afraid of being denounced.

Weronika wrote, “I wasn’t scared, because I thought who would come here?  My husband was very afraid. A neighbor saw Herszek in the lake and mentioned this to my husband. We were afraid he would tell everybody in the village and the Germans.  This man was not a good person.”

Weronika wrote, “Herszek knew that his wife and children had been murdered.  He wondered if his wife had had to watch their children be murdered… He cried a lot…”