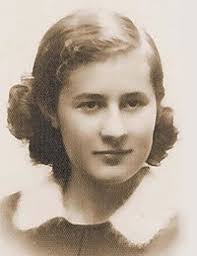 Otwock, Poland…1941 – Prior to the outbreak of World War II, Krystyna Danko, a Polish orphan from the town of Otwock, formed a close friendship with Helena, the eldest daughter of the Kokoszko family. Krystyna and Helena (who was called Luisa) were in the same high school class.  As a result of the bond between the two girls, Krystyna spent a great deal of time in the Kokoszko home where she found warmth and friendship.

With the outbreak of war, life for the Kokoszko family, who was Jewish, became untenable.  Jews were forced into the Otwock ghetto in November 1940.  Krystyna, at great personal risk, went to incredible lengths to help the Kokoszko family escape the Nazis.

She hid the father, Michal, mother, Eugenia, and oldest daughter, Helena, in a secret location in a nearby village.  Krystyna sent Maria, the youngest daughter, who was 11, on a train from Otwock, to a Polish orphanage in Warsaw where she was registered as a Catholic child, under an assumed Aryan identity. Krystyna became the liaison between the Kokoszko family and Maria by carrying messages and information back and forth throughout the German occupation.

Krystyna provided the Kokoszko family with food, clothing, and money while they were hiding in a village near Otwock. Krystyna, known as a modest woman, asked nothing in return for her extraordinary and heroic efforts, claiming that it was her moral obligation as a human being.

They all survived the war. Krystyna died on August 6, 2019, at the age of 102. At the time of her death, Krystyna was the JFR’s oldest living rescuer.