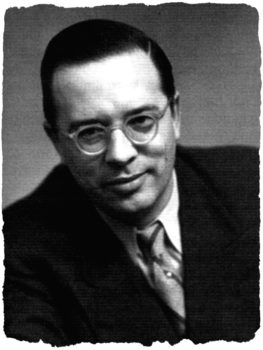 Copenhagen, Denmark… September 1943 – Georg F. Duckwitz was born in 1904 and had been involved in the international coffee trade before World War II. In 1939 the German foreign ministry asked Duckwitz to work in the German embassy in Copenhagen. In that position, he developed a close relationship with Werner Best, the Nazi representative in Denmark. Although Best fully subscribed to Nazi ideology personally, he decided to maintain the moderate policies that governed Denmark.  When Germany occupied Denmark in April 1940, there were no immediate threats to the Danish Jewish community.

In August 1943, the decision was made to deport the Jews of Denmark to Theresienstadt. Best was informed of these plans in September 1943 and passed the information along to Duckwitz. Determined to prevent the deportations, Duckwitz flew to Berlin to advocate against the Nazi plan. When that avenue failed, he flew to Stockholm to discuss the idea of smuggling Danish Jews into Sweden with Prime Minister Hansson. Duckwitz also informed the leading Danish Social Democrat, Hans Hedtoft, who subsequently warned the leaders of the Jewish community, C.B. Henriques and Dr. Marcus Melchior, of the impending deportation of Denmark’s Jews, which was to begin on the Jewish holiday of Rosh Hashanah.

The news of the planned deportations quickly spread throughout Denmark. The persecution of a minority was against the ethos of Danish culture; therefore, the Danes galvanized themselves to assist the Jews in whatever ways possible. They helped the Jews find hiding places and smuggled them across the Øresund, the narrow body of water between Denmark and Sweden. While the Jews enjoyed temporary refuge in Sweden, their Danish neighbors oversaw the protection of their property.  Because of the actions of Duckwitz and the Danish people, nearly the entire population of Danish Jews survived the war.  After the war, Duckwitz served as Germany’s Ambassador to Denmark.

Georg Ferdinand Duckwitz passed away in 1973.