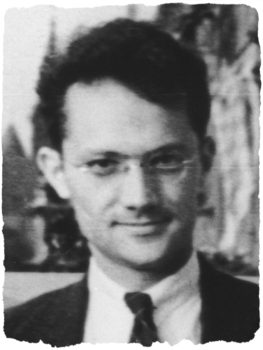 Marseilles, France… August 1940 – In June 1940, Varian Fry, an American journalist, volunteered to travel from New York to Marseilles as a representative of the Emergency Rescue Committee, a newly formed relief organization. The U.S. government agreed to provide entry visas to two hundred refugees in France – prominent political leaders, scientists, artists, and writers. Fry’s task was to help them get out. He arrived in Marseilles in August 1940 with a list of names and $3,000.

Fry was shocked to learn that thousands of refugees were unable to leave due to bureaucratic hurdles that stood in the way. He felt a responsibility to help as many people as possible. Fry rented an office and assembled a staff of American expatriates, French relief workers, and refugees. In direct opposition to the Vichy regime and the American consulate, he and his accomplices used black-market funds to forge passports and to smuggle refugees out of France. Fry established the American Relief Center to serve as a cover for his illegal rescue work.

Varian Fry turned his three-week mission into a thirteen-month stay. As the rescue work expanded it became harder to keep it secret. Both the French authorities and the American consulate in Vichy condemned Fry’s efforts. He was detained and questioned on more than one occasion.  When his passport expired, the American consulate refused to renew it. Nevertheless, Fry stayed in France and continued his rescue work. Among those he saved were the artists Marc Chagall and Jacques Lipshitz, the writers Lion Feuchtwanger, Heinrich Mann, and Franz Werfel, and the philosopher Hannah Arendt.

On September 6, 1941, Fry was deported by French authorities. Upon his return to the U.S., he continued to speak out about the plight of the refugees. He began writing in The New Republic about the restrictive immigration policies of the United States. After he gathered information about the German efforts to wipe out the Jews of Europe, he wrote an article called “The Massacre of the Jews: The Story of the Most Appalling Mass Murder in Human History.” In the piece, which appeared in The New Republic in December 1942, Fry called on the United States to allow the unrestricted entry of all who were suffering at the hands of the Germans. His article went largely unnoticed.

Through his actions in France, Varian Fry helped more than 1,000 refugees escape to safety, including some of Europe’s leading cultural, intellectual, and political figures.

Varian Fry was the first American recognized by Yad Vashem as a Righteous Among the Nations. He passed away in 1967.