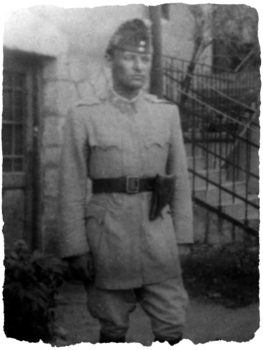 Miskolc, Hungary… June 1944 –  Dr. Mihaly Gyarmati and his wife, Katalin Fodor, lived in Miskolc, a city in northern Hungary. They survived the Holocaust thanks to the courage and bravery of several Christian families who risked their lives to hide and protect them.

Before arriving at the home of Mrs. Andras Lefler and her son, Laszlo Geszti, the couple stayed with two other families each for short periods of time. Mihaly and Katalin came to Laszlo’s home in June 1944. Laszlo had recently deserted from the Hungarian army; he had witnessed the brutal treatment of the Hungarian Jews and welcomed the Jewish couple without hesitation. Mrs. Lefler and Laszlo took care of Mihaly and Katalin, providing for their every need until they were liberated in January 1945.

Laszlo Geszti passed away in 2011.