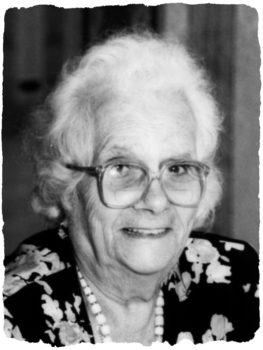 Riano Flaminio, Italy… September 1943 – After the Italian armistice with the Allies on September 8, 1943, life for Jews in Italy became difficult. Teresa and Pietro Giovannucci lived in a small two-room house in which they also operated the bakery for the village. It was in this small house that Teresa and her husband Pietro hid eight Jews, the Vivanti and Dell’Ariccia families, for nine months.

Teresa worked for sixteen years at the home of Rabbi Marco Vivanti until she married Pietro Giovannucci and went to live in her husband’s town of Riano Flaminio. She often went back to Rome to visit the people she considered her family. She went for a visit on September 30, 1943, only to find an empty apartment. Ten days earlier, the Germans had demanded gold from Rome’s Jewish community and had taken a list of its members. Rabbi Vivanti decided it was time to go into hiding. He gathered his family, the Vivantis and the Dell’Ariccias, eight people in all, and sought refuge in a wine and oil shop. After searching, it was there that Teresa found them and took them to her home at Riano.

Even though Teresa was six months pregnant, she offered the elderly rabbi and his wife her bed; she and her husband slept on the floor. Teresa and Pietro told villagers they were housing a group of evacuees. But all in Riano knew that their guests were Jews. Then someone betrayed them to the Germans.

The Allies liberated Riano on June 6, 1944. The retreating Germans had left all their papers. It was discovered that the Germans intended to raid Teresa and Pietro’s home on June 10, 1944, with plans to execute them. Lello D’Ariccia, who was born early in 1945, said, “Without Teresa and Pietro, our families would have been exterminated and I would never have been born.”