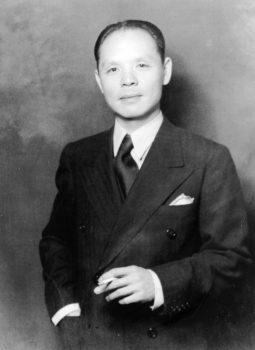 Vienna, Austria… 1938 – After Germany annexed Austria in the Anschluss, Austrian Jews became targets of persecution. Many Jews were faced with the decision to remain in Austria in the hopes that the situation would improve, or to immigrate to a foreign destination. As the situation worsened, and many Jews decided to leave Austria, obtaining the appropriate documents became more difficult.

During this time, Feng Shan Ho was Chinese Consul General in Vienna. He saw what was happening to the Jews of Austria and understood that their situation was dire. Unable to ignore their plight, he decided to take action.

Acting against orders, Ho issued visas to hundreds of Jews. These visas enabled Jews to go to Shanghai, China, which, at the time, was a safe destination for them. Ho went one step further and even issued visas to Jews who requested to immigrate to countries other than China.

Ho used his position of power to help many escape persecution, and later, deportation and imprisonment in concentration camps. After the war, Ho continued his diplomatic career.