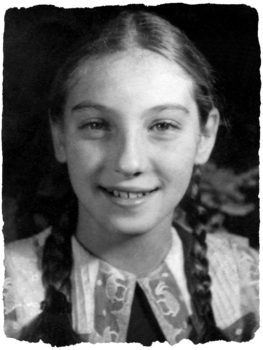 Budapest, Hungary… October 1944 –  Tivadar Homonnay served as mayor of Budapest from 1942 to 1944 and resigned from his post when the German army occupied the city in March. In October 1944 the Germans overthrew the Hungarian government, and the fascist Arrow Cross party took power. The Arrow Cross launched a reign of terror. Tivadar decided to take action. First, he turned to the Red Cross and offered his house as a safe haven. Then, with the help of “The Good Shepherd,” a Protestant organization that provided assistance to children, he smuggled thirty Jewish children into his home and obtained forged documents for each child. Shortly after, Tivadar was forced to flee his home and go into hiding due to his criticism of the Arrow Cross regime, leaving the children in the care of his wife, Iren, and his daughter, Maria.

Iren and Maria looked after the children. When the Red Cross stopped sending food and other essentials, Iren and Maria continued to provide for the children using what little money they had to purchase food. The children became close with the two women, referring to them as “Aunt Iren” and “Aunt Maria.” Some Jewish adults were hidden in the house as well.

By hiding so many Jews, Iren and Maria put their own lives at great risk, especially because they were hiding very young children. There was always the fear that when Germans or the Arrow Cross, who were always on the lookout for hidden Jews, would come to the house, the young children would make the mistake of revealing their true identity. There were many close calls, but the children never revealed themselves as Jews. Iren and Maria were able to save all of the Jews who remained hidden in their house until Budapest was liberated in January 1945.