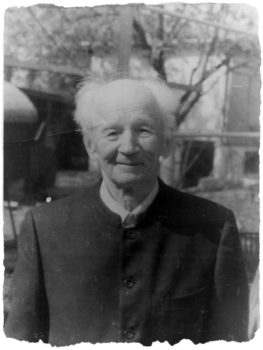 Volynsk, Ukraine… 1942 – The Prital and Shatz families were herded into the ghetto, where they were killed. However, David Prital and Ignatz Shatz escaped the killing squads and sought refuge with a peasant, Ivan Jaciuk.

Ivan had seven children and was very poor; yet he could not turn away these two scared Jewish boys. He gave the boys food and shelter. David and Ignatz stayed with Ivan and his family for more than two years until the village was liberated by the Russians. Both David and Ignatz joined the Soviet army.

Ignatz was killed fighting the Germans. David emigrated to Israel. Ivan Jaciuk died in 2002 at the age of 102. He continued to live in the same house as he did before the war until the day he died.