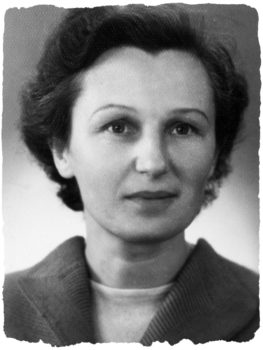 Siauliai, Lithuania… 1942 – Anna Laskin was eight years old when she ran away from the ghetto. She asked Dr. Jasatis for shelter. He was not able to hide her since too many people came to his office, which was in his apartment. He asked Regina Kislauskiene to take care of the child.

Regina was a student at the time and was not able to care for Anna, so Regina’s parents agreed to hide her. They were able to obtain false papers for Anna proving that she was Lithuanian. They taught Anna some prayers and would take her to church each Sunday, telling those who asked that she was their cousin from another village. Regina also brought food to the Blocha and Rosenberg families who were hiding in a nearby village.

In 1944, the area was liberated by the Soviet army. Anna was reunited with her parents, who had survived the war. The family later moved to Israel.

Regina Kislauskiene passed away in August 2002.