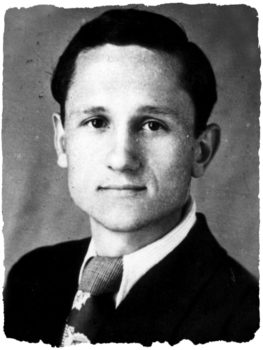 Ribnitsa, Ukraine… 1941 – Maria and her family were forced to move into the Ribnitsa, Ukraine (now Moldova) ghetto. In the early days of the ghetto, the Germans would roam the streets looking for Jews. One day, Maria’s family was taken out of the ghetto, tied up and thrown into the Dniester river where they drowned. Maria, who had escaped this Aktion, was now all alone.

During another roundup Maria managed to flee from the ghetto. Maria sought help from both friends and strangers but none was to be found until she approached the Koblas farm. The Koblas family, which included Nikolai’s parents, Robert and Ekaterina, agreed to give Maria shelter. They told their neighbors that Maria was their cousin who had come to live with them.

Maria stayed with Nikolai and his parents until they were liberated. Maria moved to Ukraine and remained in touch with Nikolai, who went blind many years ago. She considered him to be her brother.