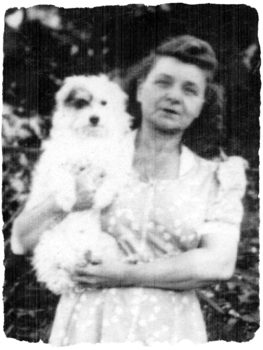 Warsaw, Poland… 1941 – The Germans invaded Poland on September 1, 1939 and within a few weeks, took control of Warsaw.  The capital was home to 375,000 Jews, including Solomon Tejblum and his parents, Helen and Haim.  On October 12, 1940 – Yom Kippur– the Germans issued a decree calling for the establishment of a ghetto.  The knitting factory that Haim owned, located outside the ghetto walls, was given to a Pole who used to work for him.  This man allowed Haim and Helen to continue to work there.  Each day, the Tejblums, along with the others assigned to the factory, were marched out of the ghetto to the building.  They would take their young son with them.  Through his contacts at the factory, Haim obtained forged papers for his family and tried to arrange for their escape into Hungary or Romania.  During this effort, Haim was arrested, sent to a concentration camp, and never heard from again.

Solomon and his mother escaped from the ghetto and found shelter at a hotel in the nearby town of Otwock.  Because she spoke Polish and did not look Jewish, Helen Tejblum could pass as a Christian.  Solomon, on the other hand, raised suspicions and was spotted on the street by Poles who were eager to denounce Jews.  In December 1942, the Tejblums returned to Warsaw and made contact with members of the underground group, Zegota, which was set up to help Jews in hiding.

One of the families that Zegota relied on to harbor Jews was the Kwiecinski family.  Janina and her three daughters were already hiding several Jews when they agreed to take six-year-old Solomon and his mother into their apartment.  Mr. Kwiecinski had already been picked up by the Gestapo.  Their home served as a safe house through which many Jews passed, and they welcomed Solomon and Helen.  Janina’s daughters, Marysia, Janina, and Hanna became fond of Solomon and convinced their mother to keep him and Helen.  For fear of being denounced, Janina never let Solomon leave the apartment.

During the August 1944 Warsaw Uprising, the Kwiecinski’s apartment was destroyed, and the Germans forced the civilian population to evacuate the city.  Many people were taken to Germany for forced labor.  Janina and her daughters fled with Solomon and Helen into the woods and evaded arrest.   They went from village to village, continuing to care for Solomon and Helen and to ensure their safety.  After a few weeks, the group came upon a farmer who was willing to hide them indefinitely.  The farm was liberated on January 18, 1945.

On the forged papers that Solomon’s father obtained for him, the boy’s name was listed as Andre Nowacki.  Because this was the only identity document he had during and after the war, Solomon kept the name. Janina Kwiecinska died years ago. Hanna Kwiecinska passed away in January 2012.

In 2004 the JFR reunited Janina’s daughter, Hanna Kwiecinska Morawiecka and Andre Nowacki. They had not seen each other since 1945. You can see our documentary narrating their reunion here.