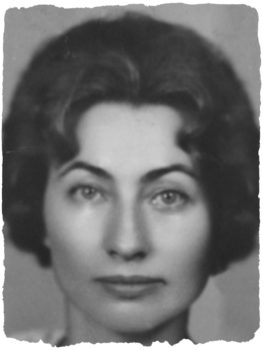 Ostrowek Wegrowski, Poland… 1942 – In autumn 1942, a woman and her small son arrived at Wladyslaw Lesinski’s doorstep. The woman, Cyla Knobel, begged for shelter for her family. Wladyslaw and his wife, Aleksandra, took in the family of four – Mieczyslaw Knobel, Cyla, their son, Boleslaw, and Cyla’s sister, Rozalia Kalecka.

Initially, Wladyslaw and Aleksandra did not tell their children, Zdzislaw and Czeslawa, about the Jews they were hiding. When Wladyslaw built a double wall in the house to hide the Jews, it became necessary to tell Zdzislaw and Czeslawa.  Aleksandra and Czeslawa were responsible for obtaining food for the Knobels. Czeslawa would stand guard should the Germans decide to search their home. The Lesinski home was just 50 meters from a German outpost and a detention camp. Through their window, Czeslawa and her brother watched the SS regularly shoot and kill prisoners. Rumors began that the Lesinski family was hiding Jews. While the Germans searched the house several times, they never found the Jews they were hiding. The Knobels remained in hiding with the Lesinski family until the area was liberated in 1944 by the Soviet army. They all survived the war.

After the war, the Knobels went to Lodz and then to Israel. Rozalia Kalecka married and immigrated to Israel. Czeslawa and Cyla remained in contact until Cyla’s death.

Zdzislaw Lesinski died in 2006. Czeslawa Lesinska passed away in May 2014.