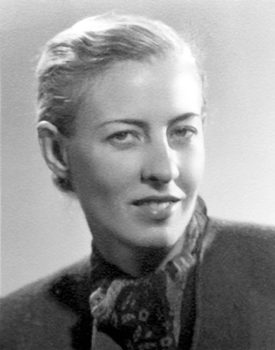 Vienna, Austria… 1938 – Dr. Ella Lingens and her husband, Dr. Kurt Lingens, were anti-fascist activists.  Shortly after the Germans annexed Austria in March 1938, Ella began to help her fellow colleagues from medical school.  During the Kristallnacht pogram in November 1938, she hid ten Jews in her room.   In 1939, the Lingens met Baron Karl von Motesiczky, a medical student whose mother was Jewish.  They became friends.  Baron von Motesiczky introduced Ella and Kurt to many Jewish friends and to members of the anti-Nazi resistance.   From 1941 to 1942, the Lingens provided shelter to many Jews.  They also produced forged papers, offered medical assistance, and used personal connections to help their Jewish friends escape from the Nazis.