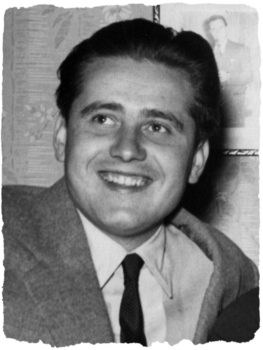 Zagreb, Yugoslavia… 1941 – When Germany and its allies invaded Yugoslavia in April 1941, Franjo Schlesinger asked his long-time friend, Ivo Loncar, to help him and his family. Ivo invited Franjo, his wife, Aranka, and their daughter, Hella, to stay in his home in Zagreb (now Croatia). Ivo was an officer in the Croatian army and was often away from home. Therefore, Ivo’s wife, Ankica, and his son, Darko, had primary responsibility for caring for the Schlesinger family.

Franjo and Aranka eventually moved to another hiding place. However, their eighteen-year-old daughter, Hella stayed with Ankica and Darko, where she was treated like family. One day, members of the Ustashe, the fascist, collaborationist regime, came to search the Loncar home. While Ankica kept them busy at the front of the home, Darko and Hella escaped out the back door. Darko arranged for Hella to stay at his uncle’s house until it was safe for her to return to the Loncar home. Darko and Ankica managed to obtained false papers for Hella so she could pass as a non-Jew.

The Loncars also helped their neighbors, the Horn family. They arranged for Dr. Horn and his wife to move to Bosnia, and they looked after the Horns’ eighteen-year-old daughter, Dassy, who stayed in Zagreb. When Dassy was arrested in 1944 for serving as a partisan courier, Ivo arranged to have her hospitalized as a patient with typhus. While she was in the hospital, Darko brought her food every day. Toward the end of the war, Dassy managed to escape from the hospital and went to the Loncar home, where she stayed until liberation.

Ivo, Ankica, and Darko Loncar have all passed away.