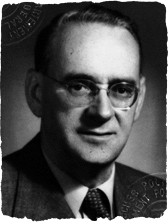 Budapest, Hungary… March 1944 – When the Germans invaded Hungary in March 1944, the persecution of Jews in Hungary began.  Appalled by these actions, Carl Lutz, a Swiss diplomat stationed in Budapest, began to do everything he could to help save Jews.

Lutz began by appealing to the Hungarian government to stop the deportation of Jews.  When that approach failed, he began to issue thousands of Schutzbriefe (protective letters) to Jews, which brought them under Swiss protection.  He rented 76 buildings in Budapest in which to house the Jews under his protection.  With the help of his wife, Gertrude, Lutz also provided them with food and help in getting medical treatment. During the death marches, November 10-22, 1944, Lutz and Gertrude followed the Jews, pulling many out of the march, by producing documents declaring them under Swiss protection.  Though almost all diplomatic and consular missions had left Budapest by December 1944 (except the Swedish), Lutz remained in Budapest and continued his rescue efforts until the city was liberated on February 13, 1945.