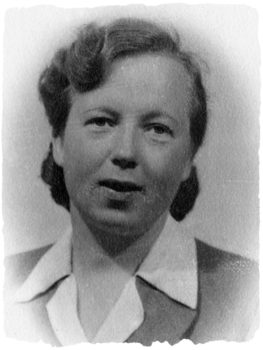 Tarnobrzeg, Poland… July 1942 – Sarah Hyman, from the neighboring town of Sandomierz, knocked on the door of Barbara Makuch, a young school teacher who lived with her elderly mother. Barbara’s father had recently been killed by the Germans for working for the Polish underground. Sarah was standing at the door with her seven-year-old daughter, Malka. That day the Germans began rounding up the Jews of Sandomierz, shooting hundreds in the middle of the town. Sarah, who knew Barbara’s aunt, asked Barbara to hide Malka.

Though they had never met Sarah or Malka, Barbara and her mother could not refuse this desperate request. They were aware that the penalty for offering any assistance to Jews was death. They took Malka in and treated her as one of their own. Barbara also found hiding places for three other Jews who came to her for help.

After a few months it became clear that it was too dangerous to stay in this small town where everyone knew each other. In late September, Barbara took Malka to Lvov, Poland, (now Ukraine) where her sister Halina lived. Halina and her fiancée worked for Zegota, a unit within the Polish underground established to help Jews in hiding. They found a safer place for Malka in a Felician convent where she was hidden with 35 other Jewish children.

Barbara became a courier for Zegota — carrying false documents and delivering money for Jews in hiding. She continued to visit Malka everyday until her arrest by the Germans. Coming back on the train from Warsaw, Poland, to Lvov, Germans searched Barbara’s bags and found Zegota documents. She was taken to a jail in Lublin, Poland, where she was tortured for over a month, and then sent to a prison in Lvov where she was placed in isolation. In late 1943, Barbara was sent to Ravensbrück, a concentration camp for women. Two years later, in May 1945, while on a death march across Germany, she was liberated by the Americans army.

After the war, Malka was reunited with her mother who survived Auschwitz. Her father died in Bergen-Belsen.