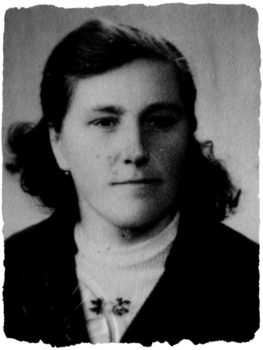 Dzialoszyce, Poland… October 1942 – Before the war, Wolf Federman and his three sons, Józef, Pinchas, and Hyman, owned a business in which they bought grain from local farmers and sold it in larger cities. Because they had a reputation for honesty, the family was well-known in the area. In September 1942, the Federman family learned about a pending German Aktion against the Jews of Dzialoszyce and immediately fled their home. Within a week, the Germans rounded up and deported all the Jews of the town and the surrounding area.

The family slept in the fields because no one was willing to provide them with shelter. Occasionally, a farmer would give them some bread and milk. When the weather became too cold for the mother and father to survive in the fields, the three boys, Yosef, Pincus, and Hyman, hired someone to take their parents to the Krakow ghetto – they were never heard from again.

The three boys hid in the fields as long as they could. Ultimately, it became too dangerous to be outdoors where they could be discovered at any time. They approached Stanislaw Matuszczyk, a farmer with whom they had done business before the war. Stanislaw, his wife, Marianna, their daughter, Honorata, and her husband, Wojciech Mucha, agreed to hide the three Jewish boys.

Józef, Pinchas, and Hyman hid in a hole in the ground of the barn, covered by wooden planks and bales of hay. Despite several close calls, Honorata and her family continued to hide and feed the boys for more than two years. In January 1945 the Russians liberated Dzialoszyce and the brothers moved to Germany.