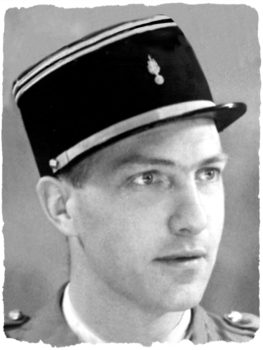 Marseilles, France… Summer 1942 – While studying in Germany during the 1930s, Abbé René de Naurois saw firsthand the threat that fascism posed within Germany and became an outspoken critic of Hitler and Nazism. Having returned to France when it fell to the Germans, he knew that the threat now extended beyond the borders of the Reich.

Abbé René de Naurois became involved with smuggling Jews from France across the border into Spain. He provided false papers and refuge to those needing assistance. He hid Jewish families in the mountains and in Catholic institutions. In 1941 Abbé de Naurois joined the Resistance and fought with a number of Jewish resistance fighters.

Wanted by the Gestapo, he fled France in 1942. He joined the Free French and returned to his country with General Charles de Gaulle during the Allied invasion at Normandy. Abbé de Naurois was decorated by General de Gaulle and received the Croix de Guerre.