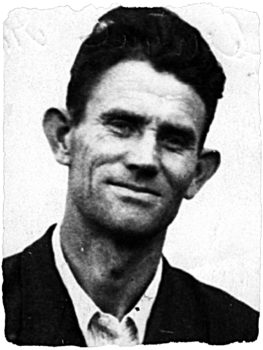 Kiev, Ukraine… September 1941 – Konstantin and Olga Omelchenko were a young married couple living in Kiev.  Two weeks after the Germans invaded Kiev on September 19, 1941, Olga noticed the vacant shack next to their home was occupied by a woman, two small children, and their grandmother.  The woman introduced herself as Anna (whose real name was Etel Openheim) and asked Olga if she could give her some milk for the children.  Olga not only brought milk but food for the family.

Grateful for Olga’s kindness, Anna burst into tears and told Olga the events of the last few days. Anna, her mother, Sima, and her two children, four-year-old Aleksander and three-month-old Manya, had escaped from Babi Yar.  Babi Yar, a ravine located at the edge of Kiev, was the site chosen by the Germans where 33,771 Jews of Kiev were murdered September 29-30, 1941.  Anna’s eldest son, Miron, was murdered at Babi Yar. They had taken shelter in the shack for the past couple of days and were hungry, cold, and frightened. Olga and her husband, Konstantin, decided to help and provided a heating stove, blankets, and furniture.  Olga cooked for them every day.

Over time Anna regained her strength.  With the help of Olga and Konstantin, she obtained false documents and started to live openly as a non-Jew. Anna would go to nearby villages and barter with the farmers for food. Olga and Konstantin continued to help Anna and her family with food and supplies.

Anna, her mother, and the two children survived to see Kiev liberated on November 6, 1943.

Konstantin died years ago and Olga passed away in 2017.