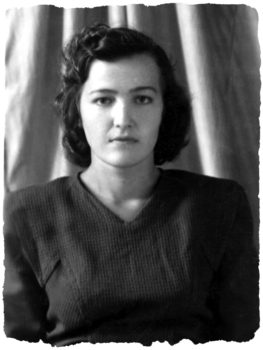 Kropotkin, Soviet Union… 1942 – Elena’s parents, two sisters, and brother were murdered by the Germans.  Elena and her friend, Mira, both teenagers, ran away from the ghetto in Kropotkin, Soviet Union (now Russia).  The girls went from one village to another, working for farmers.   Fearing that the farmers would learn they were Jewish, they were continually on the run.

Discouraged, Elena and Mira returned to Kropotkin.  One evening they approached the home of Raisa Pisareva and asked for help.  Elena’s family knew Raisa from before the war.  Raisa and her family simply could not refuse the girls.  They hid Elena and Mira in a small shed where they kept some animals.  Raisa obtained forged identification documents for the girls enabling them to pass as Christians.

After getting her forged papers, Mira decided to leave the village and was never heard from again. Elena continued to live with Raisa and her family until they were liberated by the Soviet army in September 1943.  After the war, Elena moved to Israel.