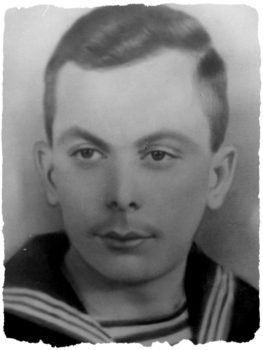 Mariupol, Ukraine… October 1941 – The Germans occupied the town of Mariupol in September 1941. A month later, they rounded up and killed all of the town’s Jews. A few managed to escape, including a young boy named Semen. He went to his school and asked his friends if any of them would shelter him. Two brothers came forward, Igor and Valentin Polugorodnik.

Igor and Semen were born in the same building and grew up together. They went to the same school, enjoyed the same activities, and as a result, became close friends. Igor and Valentin told Semen that their family would take care of him. They hid Semen in their house and provided him with food and clothing. They had to be very cautious in order to make certain that the neighbors never saw the Jewish boy. If discovered, Semen and the entire Polugorodnik family would have been killed.

When it became too risky for Semen to stay, he left Mariupol. Eager to avenge the murders of his family and friends, Semen crossed the front line and joined the Soviet army.

After liberation, Valentin remained in Mariupol, where he continues to live to this day. He is a year older than Igor. Semen returned to Mariupol after the war. He keeps in touch with both brothers. Igor eventually moved to Russia, where he still lives.

Igor is in his 80s and lives in Taganrog, Russia.