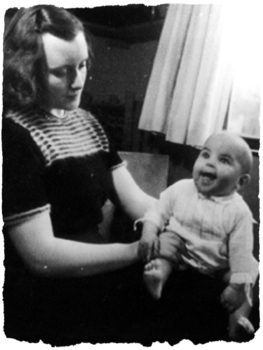 Amsterdam, the Netherlands… 1942 – Marion Pritchard was studying to become a social worker when Germany invaded the Netherlands in May 1940. At the beginning of 1942, the Germans started concentrating Jews in Amsterdam, and many were forced to relocate from the countryside. The growing Jewish population was then confined to certain areas of the city. July of that year marked the beginning of mass deportations to the killing centers in occupied Poland, mainly to Auschwitz. One day Marion Pritchard witnessed Germans throwing young Jewish children onto a truck for deportation. It was a shocking sight, and Marion was overwhelmed with rage. The twenty-two-year-old student decided then that she would do whatever she could to rescue Jewish children.

Working with friends in the Dutch resistance, Marion began to bring food, clothing, and papers to Jews in hiding. In addition to carrying out short-term assignments, Marion hid a Jewish man and his three children from the fall of 1942 until liberation in 1945. Marion’s friend, Miek, asked her to find a hiding place for his friend, Freddie Polak, and his children, ages four, two, and newborn. When Marion could not find a place, Miek persuaded his mother-in-law to let Freddie and the children, Lex, Tom, and Erica, stay in the servants’ quarters of her country house. For the first year in hiding, Marion visited the family every weekend. When she finished school in November 1943, she moved into the home and took over the full-time care of the children.

Miek had built a hiding place under the floor in case the Germans came looking for Jews. All four of them could fit in the space. One night three Germans and a Dutch Nazi came to search the house. Marion had put the Polaks under the floor but had not had time to give Erica, the baby, her sleeping powder. The search party left after failing to find any Jews. The baby started to cry, so Marion let the children climb out. The Dutch Nazi returned half an hour later; he saw the children sleeping and the hiding place uncovered. Marion knew she needed to act quickly. She reached for a gun that Miek had given her and killed the Dutchman.

The Polaks stayed with Marion until the end of the war. During the German occupation of the Netherlands, Marion helped save approximately 150 Jewish children.