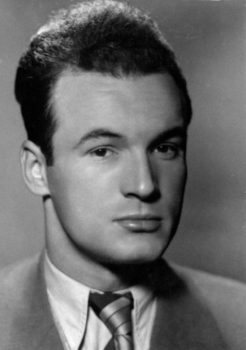 Bijeljini, Yugoslavia… August 2, 1942 – Late in the evening of August 2, 1942, Risto Ristic entered the home of Rahela Altaras in Bijeljini, Yugoslavia (now Bosnia & Herzegovina) and woke her with the news of a pending roundup of Jews by the Ustashe, Hitler’s collaborators in Yugoslavia. Rahela, her mother, aunt, three brothers and sisters fled to a neighbor’s house who agreed to hide them. After making certain that Rahela and her family were safely hidden, Risto went on to warn other Jewish families. That night he was able to save about twenty Jews from deportation.

Rahela and her family remained hidden for some time until the Ustashe left their neighborhood, after which they proceeded to leave town. They escaped to territory that was under the control of the partisans. Rahela got word to Risto where they were, for the family had taken nothing with them when they had fled their home. He visited them a number of times, bringing with him food, other needed items, and hope.

When asked to give details about his rescue activities, Risto would only say, “I did my best to save Jews because I love them.”