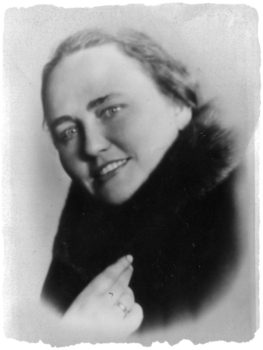 Kormilche, Ukraine… November 1942 – Olga Savchuk and her 18-year-old daughter, Maria, were farmers in the village of Kormilche, Ukraine. In November 1942, on their way home from the nearby town of Chemerovtsky, they noticed a girl hiding in the bushes. When she approached them, they were shocked by her disheveled appearance; however, they invited her to climb on to their cart. The 15-year-old girl broke down in tears, explaining that her name was Anna Novozhena and that she was a Jew from the town of Zinkov. Anna shared with them how her mother had pushed her away from the edge of a death pit and told her to run. Although shots were fired at her, she managed to escape and had been wandering around the area for days. Maria and Olga reassured Anna that she would be safe and on their way back to their home they created a fictitious life-story and gave her a new name, Anna Stolarchuk.

Upon their return to the village, Anna was hidden in Maria and Olga’s home while they taught her the customs of the village and the Catholic religion. After a month of instruction and not leaving the Savchuk home, Olga and Maria introduced Anna to those living in the village as a relative and refugee from Voronezh. Anna was welcomed into the community and continued to live in the village throughout the war. In March 1944, following liberation by the Soviet army, Anna decided to remain in the village after learning that no one in her family had survived.

While Anna married a Jewish man, she kept the name Stolarchuk and remained close friends with Maria and Olga.