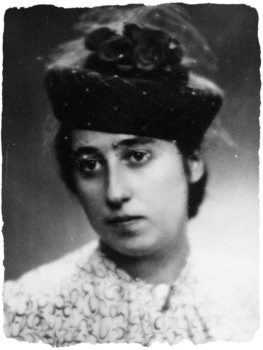 Riga, Latvia… 1942 – After World War I, Mihail Karavokiros, who was Greek Orthodox, settled in Riga, Latvia, where he married Feiga Dolgizer, a local Jewish woman. They owned a small candy shop that specialized in Oriental sweets.  When the Germans invaded Riga on July 1, 1941, Mihail decided that he would do whatever was necessary to protect his wife’s relatives and Jewish friends. He asked other members of the Greek community in Riga, which included twenty-seven-year-old Valentina Sidiropoulou, for help.

Valentina Sidiropoulou passed away in 2005.