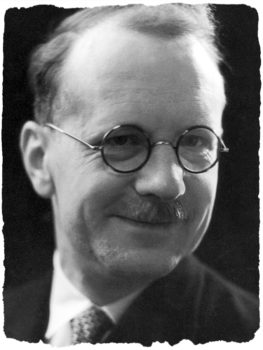 Le Chambon-sur-Lignon, France… Winter 1940 – The village of Le Chambon-sur-Lignon, located in a mountainous region of Vichy France, was an enclave for French Protestants. From the beginning of the German occupation, the inhabitants of the village adopted a spirit of resistance, encouraged by their pastor, André Trocmé, and his assistant, Pastor Edouard Theis.

Late one night in the winter of 1940, a Jewish woman who had fled Germany knocked on the door of Pastor Trocmé’s home.  She was seeking shelter and thought perhaps the local pastor would understand her plight.  Pastor Trocmé’s wife, Magda, knew that the woman would need false identity documents in order to avoid arrest.  Magda went to the mayor’s office to see if he would help. The mayor refused saying that there were already French Jews in the area and that a German Jew would put the others in danger.  Magda was devastated to have to tell the woman that she had to leave the next day.  Magda gave the woman food and the names of different people who might be able to help her.

As more refugees from northern France, Germany, and other central European countries arrived, the population of the area developed an underground network to hide people in homes, residential schools, public institutions, and on farms.  Magda and André Trocmé began to identify more families in and around Le Chambon who were willing to shelter Jewish refugees.

In the summer of 1942, French police descended on Le Chambon to stop the community’s rescue work. Pastor Trocmé delivered a forceful sermon to his congregation in which he urged them to uphold their religious values and to resist all actions that betrayed the teachings of the Gospel. Because of the increased police presence, many of the Jews were spirited out of Le Chambon and hidden in surrounding farms.

In February 1943, Pastor André Trocmé, Pastor Edouard Theis, and Roger Darcissac, the headmaster of the local public school, were arrested and sent to a French internment camp.  The camp commander demanded that they sign an oath of loyalty to the Vichy government. They refused and were eventually released.  A few months later Pastors Trocmé and Theis had to go into hiding; however, they continued to oversee the community’s rescue work.  By the time the area was liberated in September 1944, the villagers of Le Chambon-sur-Lignon and the eleven surrounding villages had saved approximately 5,000 people, including about 3,500 Jews.