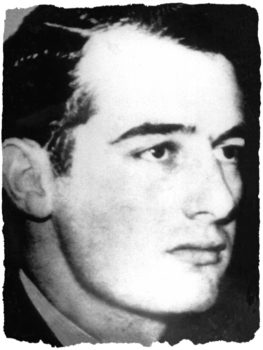 Budapest, Hungary… Spring 1944 – In March 1944, Swedish diplomats stationed in Budapest had begun to issue provisional passports to Jews. With these documents, Jews were treated like citizens of Sweden, a neutral country. At the urging of a newly formed American organization, the War Refugee Board, and Swedish officials in Budapest, the Swedish government agreed to redouble its efforts to help Jews. It sent Raoul Wallenberg, a thirty-two-year-old businessman, to the Swedish embassy in Budapest to see what might be done.

Wallenberg arrived in the city on July 9, 1944. He issued Schutzpasses (a protective passport), which protected the holder from deportation by declaring that he or she was under protection of the Swedish government. It also exempted the holder from wearing the yellow star of David. Wallenberg and his colleagues handed out thousands of these protective passports and employed hundreds of Jews to help with the operation.

In October 1944, the Germans orchestrated the overthrow of the Hungarian government, and the fascist Arrow Cross party took power. The Arrow Cross launched a reign of terror on the streets of Budapest and supported the German deportation efforts. Wallenberg continued to issue thousands of protective passports and set up safe houses to which the Jews could move. He worked with diplomats from other neutral embassies to establish an “international ghetto” that came to house some 30,000 Jews.

In November-December 1944, more than 70,000 Jews were forced to march on foot to the Austrian border. Many were shot along the way. Wallenberg followed the columns of Jews in his car and managed to secure the release of hundreds, providing trucks to bring them back to Budapest. He also organized checkpoints along the roads out of Budapest and at the border crossing. He enlisted members of his staff to demand the release of those carrying protective passports. Hungarian and German officials warned Wallenberg to stop his rescue activities, but he continued relentlessly until January 1945 when Soviet forces liberated the area of Budapest where the Jews were living.

On January 17, 1945, Wallenberg set out to meet with Soviet officials at Debrecen, a Hungarian city about 125 miles east of Budapest. He hoped to return in a week with food and medicine for the more than 100,000 surviving Jews. He was never seen again.

Over the years, the Swedish government inquired about Wallenberg’s fate. In 1957, the Soviets announced that he had died from a heart attack in 1947 while in Moscow’s Lubianka Prison and had been cremated. However, no evidence was provided, and Wallenberg’s family and many of his admirers did not believe the story.

Raoul Wallenberg was barely thirty-three years old when he disappeared. During the six months he spent in Budapest, he and his colleagues rescued tens of thousands of Jews.