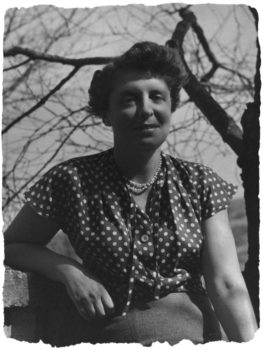 Krakow, Poland… 1941 – As antisemitism in Krakow escalated, Jews became increasingly desperate to hide from the Germans and their Polish collaborators. Mrs. Mandelberger, a Jewish woman, and Irena Wallisch had a chance meeting when Mrs. Wallisch was shopping for a stove. Sometime later, Mrs. Mandelberger went to Mrs. Wallisch’s home and said, “I don’t know any Christians in Krakow, only my hairdresser and you. I saw your eyes and know that you will not reject me.” Although Irena and her husband, Henryk, were sharing their small apartment with a German officer, they immediately took Mrs. Mandelberger and her daughter into their home.