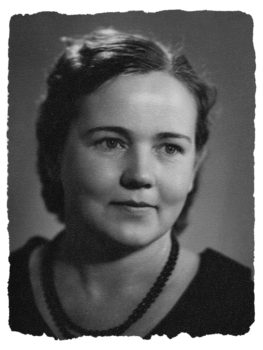 Armavir, Soviet Union… September 1942 – Soon after German troops occupied Armavir, Soviet Union (now Russia), two Jewish sisters, Fira and Masha Litovsky, arrived at the home of Mihalina Zagurska and her two daughters, Adel and Zoya.  The girls were friends from before the war. Fira and Masha’s parents had been killed by the Germans when the entire Jewish population of Pyatigorsk was taken into the woods and shot. The two sisters had managed to escape and hid with the Belkov family until it became too dangerous to stay in Pyatigorsk. With the help of Mr. Belkov, they fled to Armavir and sought out the Zagurski family.

Without hesitation, Adel, Zoya, and Mihalina, took Fira and Masha to their home and provided them with food and shelter. The Zagurski family obtained forged identity documents for Fira and Masha and found them jobs working in the local hospital. They shared a one-room apartment for over five months. There was little to eat and they lived in constant danger of being denounced. They knew from the notices all over town that the penalty for hiding Jews was death. In 1943, the Soviet army liberated Armavir. Fira and Masha returned to Pyatigorsk to find that they were the only members of their family to have survived.