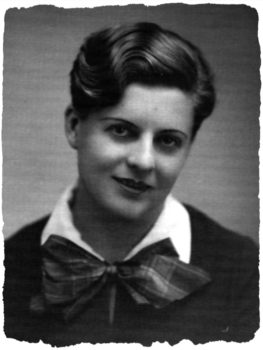 Warsaw, Poland… 1941 – Helena, who lived with her father, Aleksander in Warsaw, was a stage actress and a director in pre-war Poland. Her entire family was involved in the theater. When the Germans invaded Poland, Helena joined the Polish underground. She obtained forged papers for Jews she knew, including her girlfriend, Helena Caspari and Helena’s daughter, Hania. Helena and her father also hid Miriam Nudel and provided help to David Epstein.

In addition to obtaining forged papers for Jews, Helena found them places to stay. She taught the Jews how to act as Poles. They learned Catholic prayers that they could recite in case they were stopped and interrogated by the Germans. The Jews who were not able to pass as Christians remained hidden in Helena’s apartment.

Helena helped to save scores of Jews. When asked, “How many Jews did you save?” she answered, “I am often asked that question. It isn’t possible for one person to be able to save another’s life because it takes a whole network of people to do it. I needed the help of my husband and others in the resistance. It was very, very difficult for one person to save a life.”  All the Jews helped by Helena and Aleksander survived.

After the war, Helena married and moved with her husband to the United States. Helena died in 1998 at the age of 95.