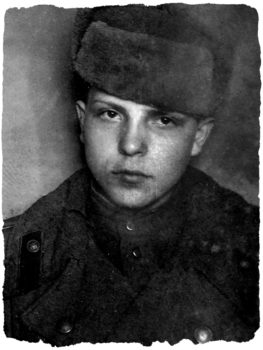 Dnepropetrovsk, Ukraine… Fall 1941 – When the Germans occupied Ukraine during their invasion of the Soviet Union, Mikhail Zirchenko’s father, Pavel, was a man of influence. He was the accountant for a large collective farm.

Seven Jewish families on the farm appealed to Pavel Zirchenko for help. The Germans did not initially search the collective for hidden Jews as every extra hand was needed on the farm. The Zirchenko family hid thirty-two Jews in different fields on the farm.

Eventually, the Germans heard rumors of Jews living on the collective farm. The Jews hiding on the farm again appealed to Pavel for help. He promised them that as long as he was alive, he would do both what was possible and what was impossible to keep them safe.

The next morning, his fears became a reality. Pavel was called to the main office of the collective farm. He was able to convince the Nazi officers that there were no Jews on his farm and that every hand was needed for the success of the crops. The forged documents proved to the Germans that there were no Jews on the farm. After the area was liberated, both Pavel and Mikhail joined the Soviet army.  The thirty-two Jews survived the war.

Mikhail Zirchenko passed away in February 2019 at the age of 92.