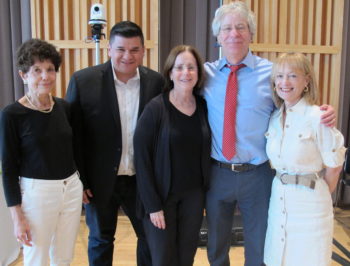 JFR Board Member Hannah Waldman, Tony Rodriguez of The Conference on Jewish Material Claims Against Germany (Claims Conference), Stanlee Stahl, Professor Lawrence Douglas, and Naomi Cogan of the Claims Conference at the 2017 Summer Institute for Teachers

The Summer Institute for Teachers examines the Holocaust from the precedents found in the history of antisemitism, to the rise of the Nazi party, the machinery of death, rescue, through to the aftermath of the Holocaust.  The first Summer Institute for Teachers was held at Clark University in June 2000. Since June 2001, the Institute has been held at Columbia University in New York City during the last week in June. The program is a high-level, intensive academic seminar in which participants are exposed to Holocaust survivors such as Roman Kent and to noted Holocaust scholars including, Doris Bergen, Volker Berghahn, Jeffrey Burds, Lawrence Douglas, Daniel Greene, Samuel Kassow, Michael Marrus, Robert Jan van Pelt, and Alexandra Zapruder. The Institute is designed to allow participants to meet in small groups following each lecture. These small groups enable participants to share teaching concepts and to develop approaches to introducing the subject matter to their students.

All participants selected to attend the JFR Summer Institute for Teachers are known as Alfred Lerner Fellows and must be nominated by one of the centers in our Holocaust Centers of Excellence Program.  In order to participate in other JFR educational programs, a teacher must be an Alfred Lerner Fellow and have remained involved with their local Holocaust center. While there is a participant fee, the JFR provides each Lerner Fellow with a significant scholarship to attend the Summer Institute for Teachers. The program is a residential program – all participants stay on the Columbia University campus.  Participants are expected to complete required readings prior to the start of the program.

The JFR Summer Institute for Teachers provides the foundation for other JFR education programs, such as the Advanced Seminar and European Study Program in Europe, which delve deeply into aspects of the Holocaust not covered by other Holocaust teacher education programs. 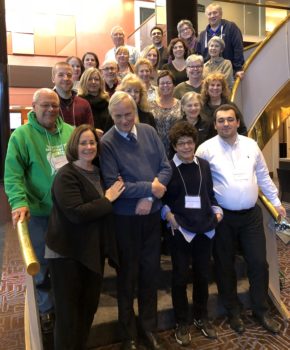 The JFR holds its Advanced Seminar at the Hilton Newark Airport, in northern New Jersey over the birthday weekend of Dr. Martin Luther King, Jr. This three-day intensive program is open only to Alfred Lerner Fellows. The Advanced Seminar focuses on specific topics within the history of the Holocaust. Participants are expected to complete required readings and writing assignments prior to the start of the program.  The Advanced Seminar is limited to 24 Lerner Fellows who have been nominated by their local Holocaust center.  The JFR subsidizes most of the costs associated with this program. 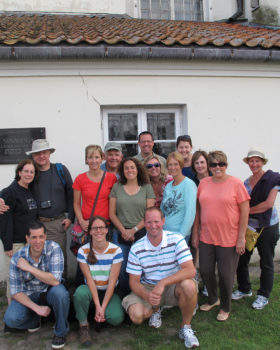 Participation is open to Alfred Lerner Fellows who have been nominated by their local Holocaust center. The two-week program, which is limited to twenty Lerner Fellows, includes visits to concentration camps, ghetto sites, and meetings with survivors, rescuers, local historians, and teachers. Robert Jan van Pelt is the accompanying scholar for the European Study Program. Participants are expected to complete required readings prior to the start of the program.

The journey ends in Auschwitz, where the group spends four days visiting Auschwitz and Birkenau and examining documents in the archives. Participants have the opportunity to review what they learned during their time in Germany and Poland. The program allows the group to discuss approaches to teaching the Holocaust and to reflect on their experience before departing for home. While there is a participant fee, the JFR provides a significant subsidy for each participant. 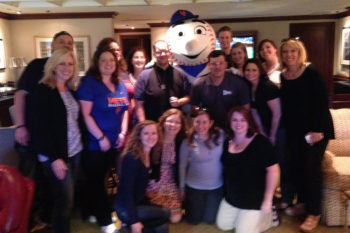 JFR Seminars and Institutes are open to educators who meet the following eligibility requirements and who have first attended the Summer Institute for Teachers.

To qualify for the Summer Institute for Teachers, one must:

To qualify for the Advanced Seminar and/or the European Study Program, one must have completed the JFR Summer Institute for Teachers and be an Alfred Lerner Fellow.

Please see our Holocaust Centers of Excellence page for participating centers. If you have any questions about our seminars and institutes, please contact us at 1.973.736.1800, or send us an e-mail.